Hi! I got involved with Reflexology after working as a caregiver in a Resthome. I was feeling frustrated with all the medications the elderly were on, so I started looking into natural therapies and remedies to help give the elderly a less medicated life.

In 2010 I completed my Diploma in Reflexology and I became a Professional member of RNZ, while starting my Home based Natural Therapy Business on the outskirts of Nelson. Starting, with Reflexology and then adding Massage, Ortho Bionomy and Reiki over the following few years has completed the therapies I wish to offer.

In 2015 my husband and I went to Western Australia for a 3 year stint with one of our son’s and his family. I continued my natural therapy business over there, sharing rooms with a chiropractor.

We returned back to Nelson in June 2019, in time for the RNZ conference in Nelson and I have now set up my clinic/business in Tahunanui, Nelson.

Being on National Council enables me to support all RNZ council members and members to the best of my abilities. I plan to help bring Reflexology to the fore front of every New Zealander.

All the best to you all in Reflexology 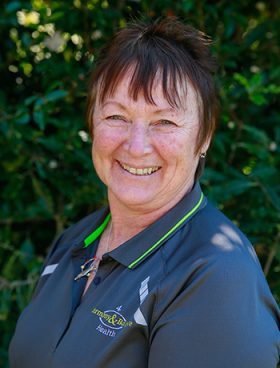 When to use Reflexology?

I’ve been a registered complementary therapist for 20 years.

My original training modality was Reiki , then qualified for Therapeutic Massage 2001.   During this training, an introductory course introduced me to Reflexology. This became my passion and I qualified  in 2003 for Reflexology.  In 2016, I upgraded my qualification to the new national standard, a Diploma in Reflexology,  I have worked in this field ever since.

I believe that registration with an overseeing body is important for  clients to see that their treatment is undertaken with due care & professionalism.
I see my role as a health/wellness educator .

I worked in a multi-modality clinic in central Wellington for seven years, which proved how effective it was for clients to have access to a huge pool of experience, resources and modalities. 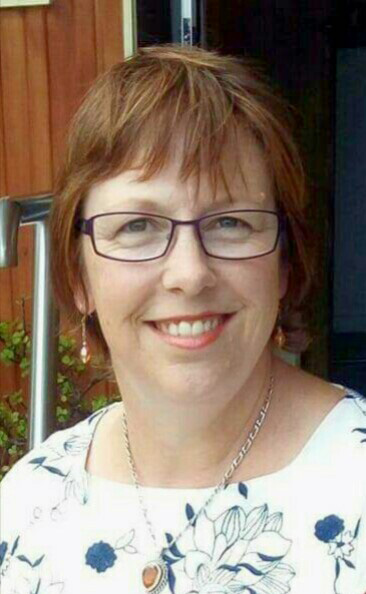 I have been qualified as a reflexologist for almost 2 years now working from my home based clinic in Nelson.

I was motivated to start studying reflexology after a trip to China to observe first hand how Traditional Chinese Medicine worked alongside western medicine. Visiting an array of clinical areas from large university hospitals to small village clinics my eyes were opened to the ease at which this could be achieved. I would love to see more complimentary therapies used alongside medicine in NZ.

I joined the National Council this year in the role of Treasurer and I am looking forward to the new learning this will bring.

I am also a Registered Nurse living in Nelson with my husband and 2 children and enjoy reading, walking and relaxing by the pool.

I am new to Reflexology and the National Council this year. I have just graduated from the Canterbury School of Reflexology with Xanthe Ashton.

I am in the process of setting up my business Soul Flex will be providing reflexology services in Woodend - North Canterbury and hopefully CBD Christchurch.

Health is a very personal experience and we are all so different in the experiences we have with it. Within my business, I plan to use my own experiences and studies in complimentary therapies, health and human behaviour and most importantly reflexology to help people to realise that stress isn’t a way of living.

I first found Reflexology when I was 18 years old after a bout of glandular fever before studying a certificate in complimentary therapies at Aoraki Polytechnic with Judi Coldicott. Rather than continuing study at the time, I went on to spend 18 years working in corporate offices and then the Information Technology Industry. After bouts of stress burn out every year or 2 or 3, I decided enough was enough and I needed to wake up and rediscover my true self.

I signed up for the Reflexology National Council as Secretary because I can contribute to Reflexology in New Zealand with my finely tuned office skills.  I serve as Secretary to the Woodend Community Association so I had a fair idea what I was getting myself into. I really do enjoy meeting new people, making new friends, colleagues and achieving results within a committee environment – it’s a little like being at work but I know I am voluntarily contributing my time towards the greater good of Reflexology so it feels so much better than work.

I've always had an interest and affinity for all things alternative/natural and have tried a multitude of lotions, potions and therapies over the years to support my wellbeing. Then I met reflexology ................. and well we just fell head over feet in love with eachother.
Your body is always communicating with you and, as a reflexologist, I encourage you to tune into that conversation without judgement, but with curiosity and kindness, to discover a more meaningful connection with yourself.  I am passionate about supporting you to take a proactive role in your own health and make the right decisions for you on your wellbeing journey.
I hold a Diploma in Reflexology (hands, ears and feet) and am also trained in Kansa Vatki Foot Massage.  I currently offer treatments in my hometown of Helensville, Auckland, and work in the corporate sector offering reflexology as part of company wellness initiatives, while holding down a part time job in Customer Service.  In my spare time I like to curl up in a warm spot with a book.
My position on Council will, no doubt, provide space for a lot of personal growth but mostly it gives me the pleasure and privilege of supporting current members and welcoming new members to our reflexology family, whilst ensuring the integrity of our profession is maintained 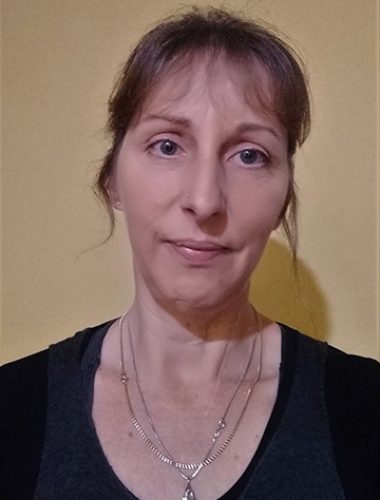 My introduction to reflexology in the early 1980s followed a serious car accident in which I sustained a head injury, whiplash and a ruptured knee ligament. During my recovery my sister gave me gentle reflexology treatments every day for about two weeks. I experienced a lot of pain particularly around my big toes at the beginning. The pain progressively eased with each treatment and my thinking and memory became clearer, more focused. This experience continues to be an important touch stone for me around the efficacy of reflexology and its potential.

Over ten years later, living in Wellington and in a stressful work situation, I started having regular reflexology treatments with Emma Fromings, and again experienced the deep healing benefits of reflexology. From that experience, I wanted to learn more about reflexology. I did an introductory weekend workshop with Emma and loved it so much I enrolled in the certificate course with Feet First School of Reflexology in 1999.

I have been a member of RNZ since it was formed in 2001, and first joined the Council in about 2004/5 contributing to the education portfolio.

At conference 2019, I accepted nomination for the Research Coordinator role as a way of contributing to reflexology practice and promotion in NZ. Since my main employment for many years has been in research and evaluation, I had always been reluctant about mixing that type of work with my involvement in reflexology out of concern that reflexology would become another job for me and diminish my enjoyment of it. The Research Coordinator role has the potential to become overwhelming, and I plan to mitigate this risk.

My approach is to:

·   Start with a clear, manageable plan with tangible objectives and small steps

·      Draw on existing resources where possible, use what we already have and            build strong research skills and capacity within RNZ membership and

·  Encourage RNZ members to get involved in research activities that reflect             their interest(s) and help us all work toward achieving an overall aim of                 increasing public awareness of the efficacy of reflexology.

My hope is that all RNZ members who are interested, no matter how much or how little background you have, will see a way to participate in building our reflexology research practice and capacity. Let’s do this! 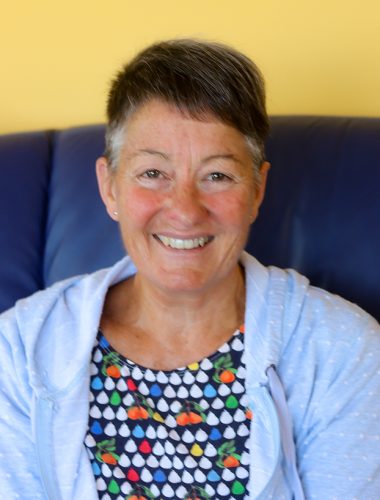 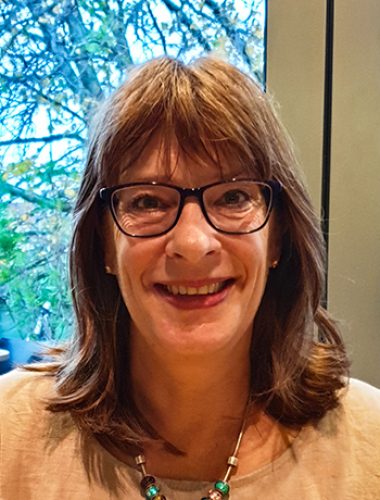 My name is Fiona Bowden and I  trained back in 2000 with Feet First School of Reflexology in Wgtn and I upgraded  to a diploma with the ManawatuSchool Reflexology in 2018.  I am passionate about reflexology and I have used it as a great tool when my children were younger especially.  I see Reflexology as a great way of helping people and I have a mobile practice and I enjoy giving taster sessions and introducing people to the reflexology benefits.  I have created my own foot chart which I like to use as a tool to help people understand how the reflexology points relate to parts of the body.

I am also a photographer and graphic designer and love to use these skills to promote reflexology.

I am also Diploma Qualified in Herbal Studies and have completed courses in Indian Head Massage Reiki level 2 and recently Kansa Bowl and Wand  treatments.

As webmaster it is my responsiblity to keep this website updated and current.  If you are a member and see that some information is not current feel free to email me. 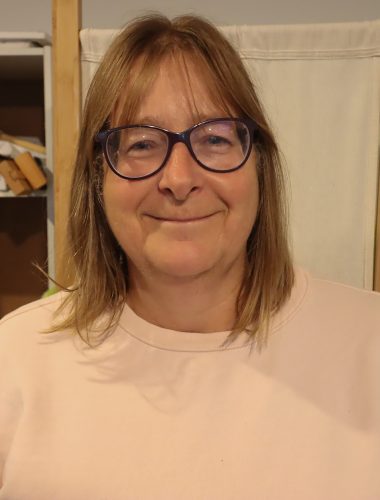